UPM to switch off PM 3 at Steyrermühl end of March; 305K tpy of publication paper capacity taken off the market

(Helsinki, Finland, Feb. 02, 2017) After the closure of PM 2 at the Augsburg site at year-end, UPM has now announced it would permanently shut down the PM 3 at the Steyrermühl mill at the end of March. Employee consultation processes at both mills have been concluded.
UPM has set a date for the closure of the PM 3 at its Steyrermühl site in Austria. The company said it would switch off the SC paper machine at the end of March 2017. The closure had been announced in November last year as was the idling of PM 2 at the company’s Augsburg site in Germany. This machine has already been switched off at the end of 2016. With these two measures, UPM takes a total of 305,000 tpy of publication paper capacity from the market.
UPM furthermore informed that the employee consultation processes at both sites have been concluded. The company said that the number of employees affected by the closures is 143 for the Augsburg and 125 for the Steyrermühl site. “We understand the disappointment of our employees in Steyrermühl and Augsburg. Due to adverse market conditions continuously challenging us, we have to adjust our operations to meet the demand and to ensure a competitive future of our remaining paper assets,” said the company.
PM 3 in Steyrermühl has the capacity to produce 192,000 tpy of SC-B paper. UPM will continue operations on the mill’s PM 4 which can produce up to 300,000 tpy of newsprint. The idled PM 2 in Augsbrug has a capacity of 113,000 tpy of SC-A paper. The mill still has one machine left which can produce up to 385,000 tpy of LWC paper.
According to UPM, the closure of both machines will result in annual cost savings of approximately €30m. (Source: press release)
Cover Image: UPM Steyrermühl mill (courtesy UPM)

(Poland, Dec. 18, 2017) The Management Board and Supervisory Board of Arctic Paper S.A.

(Germany, Oct. 9, 2017) Mitsubishi HiTec Paper said that it will be increasing prices

(USA, Oct. 10, 2017) West Linn Paper Company announced that it will be increasing

(Brussels, Oct 04, 2017) The BIR Paper Division will be organising a diversified meeting

Voith Builds Two Paper Machines for the Production of Banknotes in Mysore, India

(Heidenheim, Germany, Sept. 21, 2017) Since the beginning of the year, the Government of

(Czech Republic, August 30, 2017) Mondi announced that it has decided to postpone its

Uncoated Free Sheet: Admit It or Not, Lots of Support Emerging

Lecta to Hike Prices for Thermal and Carbonless Paper

(Italy, July 6, 2017) Lecta has announced price increases for its thermal and carbonless

Papcel to supply a new tissue paper machine to Jakarta

(Norway, June 23, 2017) Nordic Paper announced that it will increase prices on greaseproof

Resolute to Idle Coated Paper Machine at Catawba; will remove about 193,000 metric tons per year of coated paper capacity

(Canada, June 8, 2017) Resolute Forest Products on June 1 announced that it will

Ahlstrom-Munksjö to Invest in Genuine Vegetable Parchment Products in France

(France, June 6, 2017) Ahlstrom-Munksjö announced that it will invest in new production capacity

(USA, April 2017) Another month, another record-setting several weeks for recovered paper pricing. … At

(April 13, 2017) For the UK, a large proportion of whose annual recovered paper

(Johannesburg, South Africa, March 21, 2017) Pöyry announced that it has been awarded a

Why Everyone is Falling in Love with Print Again

(USA, March 14, 2017) In this incredibly convenient and efficient digital age, why are

(Canada, January 24, 2017) The continuous advances in the tissue paper industry have enabled

Lecta increases production capacity of Metalvac range of metallized papers from 25,000 to 40,000 tons

Link: the latest from Apple, “a paper bag”

(December 20, 2016) Vietnam and Thailand are set to emerge as leading markets for

(Gernsbach, Germany, Dec. 13, 2016) Manufacturers are pushing for price hikes for printing and

Link: Back-to-School Report: Why Paper Belongs in the Classroom

(USA, Oct. 26, 2016) Appleton Coated announced that it has expanded its inkjet product

Link: ‘Paper industry will continue to prosper, as there is still lot of things that digital media like the internet cannot do’

Tolko’s kraft paper mill in The Pas may have buyer 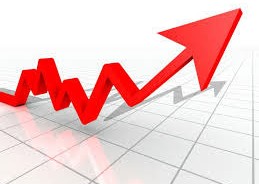 Metsä Board to Permanently Close Down Wallpaper Base Machine in Kyro 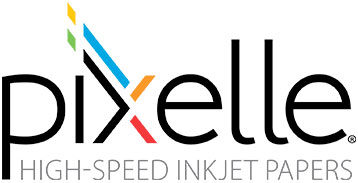 Link: The Relative Advantages of Paper and Digital Media in Education

(USA, Sept. 2016) In the past decade, classrooms have begun to shift away from

The Role of Print and Paper in Advertising: A Multi-Industry Perspective

Pixels or Print? How to Make the Right Choice

(Montreal, Canada, August 01, 2016) We all know that reducing the amount of paper